I am a USA level 10 gymnast. As such, my joints and ligaments must withstand incredible pounding and strain. When I dislocated my shoulder the future of my gymnastics was in jeopardy. After the injury my shoulder was loose and unstable. It would “pop-out” on particular moves including back hand springs on beam, my twisting dismount off the uneven bars and Jaeger-to-shoot (my most difficult and most dangerous skill) off bars. The final straw was when twisting skills on the floor became impossible for me to do.

After one particular incident when my shoulder “popped out” I could not lift my arm the following day. My father is a chiropractor and he suggested we try Prolotherapy. We contacted Dr. Kramer and after eight treatments over eight months my shoulder has fully recovered.

Despite my injuries, I was the 2009 State Beam Champion and advanced to Regions, and then qualified for Junior Olympic Nationals. In 2010 I took first place on uneven bars at the Peppermint Twist Invite, first place at the San Diego Invite, and second place at the Tampa Bay Invite. Thanks to Dr. Kramer I am currently looking forward to participating in college gymnastics! 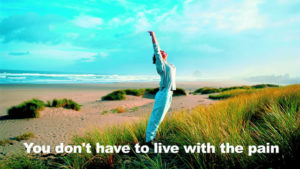